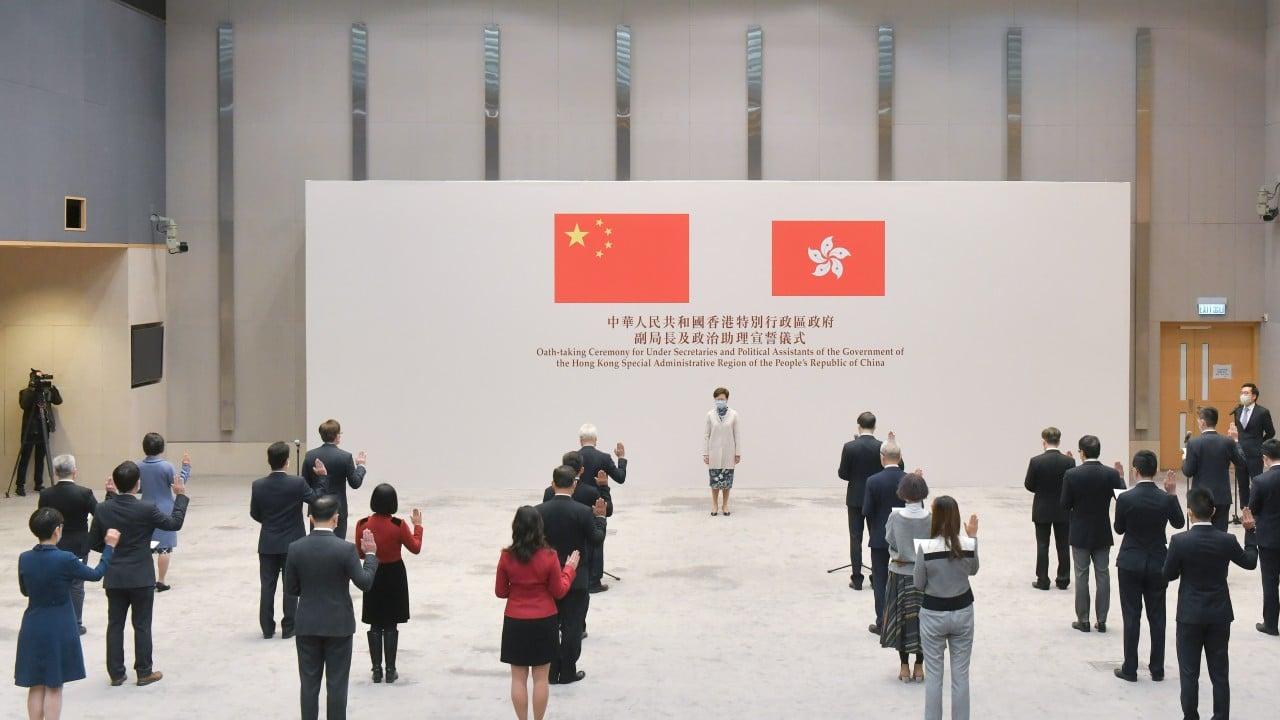 Hong Kong’s lawmakers and district councillors will be barred from contesting elections for five years if they are disqualified for improper oath taking or failing to uphold the city’s mini-constitution under a draft of a proposed new law, the Post has learned.Sources also said that as part of the planned legislation – approved by the chief executive’s de facto cabinet on Tuesday – district councillors’ past conduct would be taken into account when determining whether they passed a new….