Pankaj Patil lost his father, a retired government official in Nashik, to Covid-19 on April 2. He rushed home from US, where he works as an IT professional on an H1B visa, to be with his mother. With his wife Kavita expecting their second child at their home in Connecticut, Pankaj, with all his work and travel papers in order, hoped to take his mother back with him to help navigate what doctors have said would a high-risk pregnancy because of high sugar and thyroid fluctuation.

On April 30, just before Pankaj was to travel back to his wife and six-year old daughter Aarushi, the Biden administration announced restrictions on travel from India to contain Covid-19 variants from entering the US. As the travel ban kicked in at midnight on May 4, the family and professional life of thousands like Pankaj Patil have been sundered and disrupted. Husbands and wives, mothers and fathers separated from each other and from their children; jobs, careers, and mortgages jeopardized, and schooling thrown out of whack. "Many of us traveled to India for family emergencies in light of the pandemic, some to say their final goodbyes to parents, grandparents, and loved ones.

Our visa appointments got cancelled without much notice, some even on the day off with no support or preference on rescheduling of those appointments. We are now stuck in India indefinitely, separated from spouses, children, families and community," they pleaded in a petition to President Biden, signed by Patil and more than 4000 affected people, seeking a travel ban exemption for non-immigrant (H1B/H4/L1/L2) visa holders, with similar provisions that have been extended to international students, Green Card holders, and US Citizens traveling from India: a negative RT-PCR test, 14-day quarantine, and vaccination proof. Indeed, many immigration advocates and lawyers back their pleas, pointing out the fallacy of banning non-immigrant professionals from India who may be vaccinated and have tested negative for the virus while allowing students, green card holders and citizens from across the world who could be carrying the virus. "Isn't it better to ensure that travelers to US are vaccinated and/or test negative and quarantine?" asks New York based immigration attorney Cyrus Mehta, adding the ban is disproportionately affecting professionals from India and the "virus does not know the difference" between citizens and non-immigrants.

Payal Raj and her daughter came to India from Tennessee on April 6 to see their family, hoping also to revalidate their visas during their stay after her husband joined them on April 16. Two days after Payal landed in Patna, her parents, brother, and sister developed Covid symptoms, forcing her to check into a hotel with her daughter. Already vaccinated in the US, the family flew to Delhi for a scheduled Dropbox appointment at the US embassy on April 20, armed with negative Covid results. The visa officer accepted the passport of her husband (on a H1B visa) and her daughter, but Payal, who is on an H4 dependent visa, was left behind.

"I wake up in the middle of the night in sweats thinking when and if ever I will be able to go back," says Payal, adding that her husband is having give melatonin to their anxious nine-year old daughter so she can get some sleep as they navigate their separation and the stress it has brought on them. The travel restriction has also disrupted the plans of many senior citizens. Mumbai's Prakash Nanavati and his wife had planned to celebrate their 50th wedding anniversary with their son in the Bay Area, while also attending their grand daughter's graduation ceremony. Vaccinated and armed with negative test results, and with a ten-year visa on hand, they had booked their tickets for May 16, but the travel ban has scuppered their plans.

Also on tenterhooks are thousands of students from India. While the US Embassy in New Delhi reiterated on Tuesday that student visa holders would be able to enter the United States if their classes start on or after August 1, 2021, it urged those whose start date is before August 1, some of whom have graduated and have lined up internships, to "contact your respective educational institutions to discuss options. ""I am a part of critical infrastructure sector (Pharmaceuticals) which is eligible for NIE (National Interest Exemption) as per presidential proclamation. I am working and assisting directly in development & manufacturing of oncology & neuroscience drugs.

My NIE was refused because I am on F1 visa, stem OPT," wrote back one student. Scores of professionals, students, and interns are writing to the US missions urging travel exemptions for those who are vaccinated, pointing out that they have living arrangements in the US that involve paying for leases and mortgages. Their pleas are lost in the din of a greater tragedy unfolding across India.
Read at Source
Save  Pin to Wall
0  0 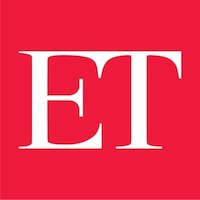