‘I Wanna Be the Next SNL Cast Member!’ creator Jake Novak speaks out 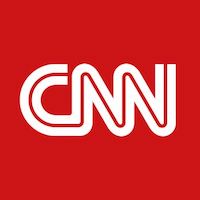 Jake Novak is an actor and performer who posted a video on TikTok pitching himself to “Saturday Night Live” creator Lorne Michaels. But TikTok infamy came calling instead. Nightcap’s Jon Sarlin talks with Jake Novak about the dark realities that come with unwanted viral attention.

===
TikTok's ties to China are once again under fire in Washington. Here's why
By Catherine Thorbecke, CNN Business

Two years after then-President Donald Trump said he would ban TikTok in the United States through an executive order, the short-form video platform is once again under scrutiny in Washington. And the underlying issue remains largely the same: TikTok's ties to China through its parent company, Bytedance.

A growing number of US lawmakers are calling for the Biden administration to take action against TikTok, citing apparent national security and data privacy concerns. The criticism stems from a Buzzfeed News report in June that said some US user data has been repeatedly accessed from China. The reporting cited leaked audio recordings of dozens of internal TikTok meetings, including one where a TikTok employee allegedly said, "Everything is seen in China."

TikTok served as a source of hilarious fodder on this weekend's episode of "Saturday Night Live."

The show satirized people TikTok-trying-way-too hard on the social media platform and it was was brutally accurate.

The video sketch started with a text from a dad (Alex Moffat) asking his teenager to take out the trash, but they're lost in their feed. What follows is an only slightly exaggerated four-minute scroll through TikTok.