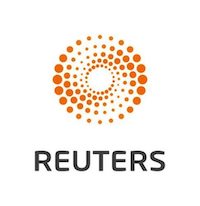 1. China's firing of missiles during military drills around Taiwan was an unjustified escalation, U.S. Secretary of State Antony Blinken said, as Beijing said it would impose sanctions on House of Representatives Speaker Nancy Pelosi for visiting the island.

2. Russia said it was ready to discuss a prisoner swap with the United States in private, a day after a Russian court jailed U.S. basketball star Brittney Griner for nine years for a drugs offence.

3. Flash floods caused by abnormally heavy monsoon rains killed at least 549 people in Pakistan over the past month, with remote communities in the impoverished southwestern province of Balochistan among the hardest hit, a government agency said.

4. U.S. Senator Kyrsten Sinema said in a statement night she has agreed to "move forward" on Democrats' climate, tax and healthcare legislation.