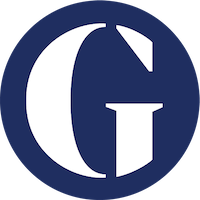 The business secretary, Kwasi Kwarteng, has criticised the Bank of England’s control of inflation, saying 'clearly something's gone wrong' at the institution, as prices are predicted to rise by 13% and the UK is forecast to suffer an economic downturn lasting more than a year.
As a key supporter of the foreign secretary, Liz Truss, Kwarteng’s comments suggest the Bank’s independent mandate to keep inflation at 2% may be re-examined if she should become the next prime minister